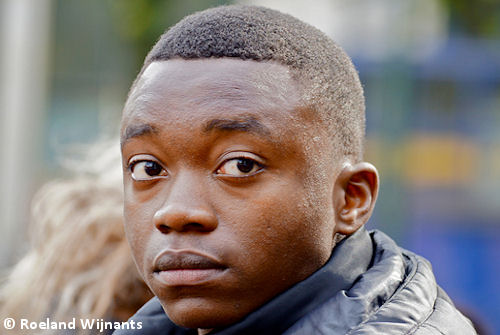 Mauro is without any doubt the most well-known (former) Unaccompanied Minor Foreigner. His full name is Mauro Manuel; he was born in Angola in 1992. When he was ten, he was put on an airplane to Europe by his mother. He ended up in the Netherlands and applied for asylum when he was ten. His foster parents tried to adopt him, but because his biological mother is still alive, this was not possible.

In 2011 his situation received a lot of media attention. His asylum application had already been rejected in 2007- he was then still 15 years old and an Unaccompanied Minor Foreigner. In 2009 he and his foster parents applied for a residence permit, based on article 8 of the European Convention of Human Rights (right to acknowledge family life). In 2011 -when he was no longer an Unaccompanied Minor Foreigner- their application was rejected.

It almost caused a government crisis. A compromise was reached. Mauro was granted a study visa in 2011. According to himself and many others this was not a real solution.

In 2013 he got a permanent residence permit after all.
Undoubtedly Mauro got his permit thanks to the media attention and to the support he got in the social media.

For instance, have a look at:

Please note: the film is in Dutch; click here for a transcription in English (up to 02.00 min).

However, there are more ‘Mauro’s’, who did not get any media attention. They were not so lucky and they did have to go back.