According to the Children's Rights Convention of the UN every child has a right to education. This also applies to Unaccompanied Minor Foreigners. 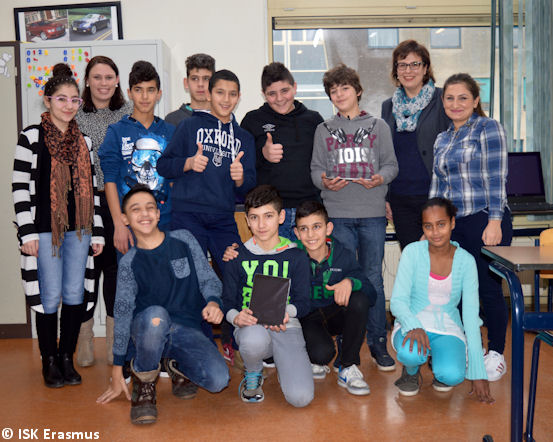 Secondary education
Most Unaccompanied Minor Foreigners of 12 and older do not speak Dutch. Besides, what they have learnt in their native country is usually different than what pupils learn in the Netherlands. That is why they learn the language as quickly as possible and they are given crash courses in an International Transitional Class. There they will get familiar with the Dutch school and also with the way of life in the Netherlands.

Pupils get conversation lessons, reading lessons, writing lessons, listening skills lessons and grammar lessons. Besides Dutch they also learn arithmetic, drawing and other creative subjects, computer science, professional and study information and sports. Therefore they are not only learning Dutch. They also get social orientation, or, in other words, knowledge of Dutch society.

Most Unaccompanied Minor Foreigners between 15 and 17 years who have been taken to a campus for Unaccompanied Minor Foreigners, are preparing to return to their native country and do not get education that prepares them to participate in Dutch society. Instead of that they learn things that are convenient when they are going back to their native country. That means that they do not get too many Dutch lessons, a lot of English lessons and a lot of practical subjects, that are useful to them in their own country (cooking, carpentry, computer classes).