In October 2013 two boats sunk within a short period of time on the Mediterranean Sea, and more than 500 boat refugees drowned. This was enough reason for the Italian government to intervene.

In November 2013 Italy started the search and rescue operation Mare Nostrum (‘Our Sea’).
Amnesty International sailed along with the Virginia Fasan and made this video report: 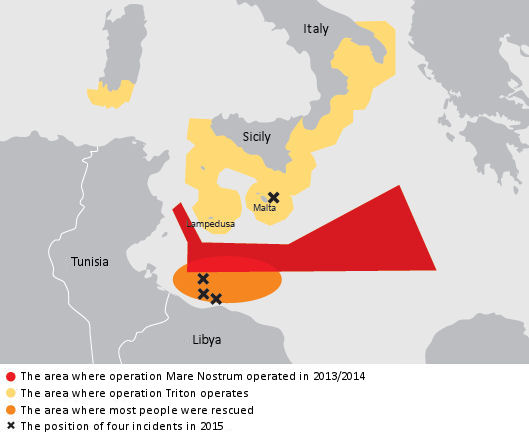 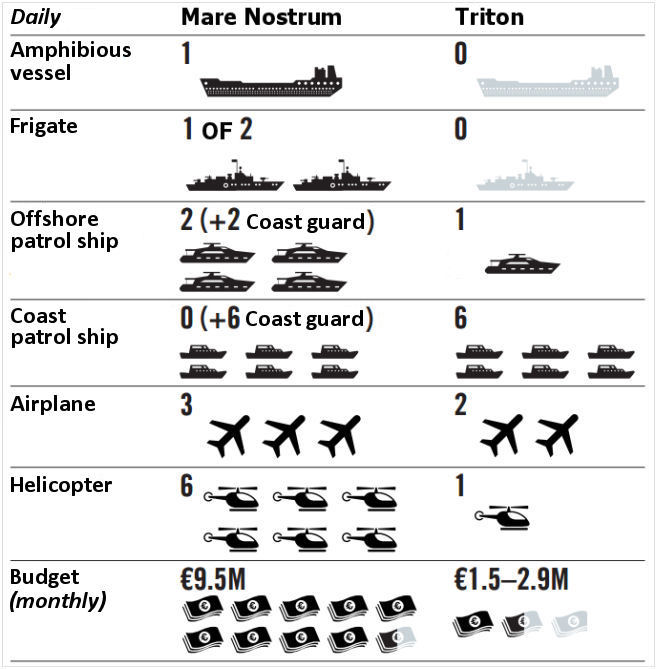 In a year 150,000 people were saved from drowning, but for four thousand people all help came too late. However, the costs were high: the costs of the Mare Nostrum operation were more than 9 million Euros per month. Italy has asked the EU for financial help, but has also asked the other EU countries to accept more refugees.
They refused this. For this reason Italy stopped their search and rescue operation on 1 November 2014.

Mare Nostrum was replaced by Triton. The EU also paid for this, but only along the coasts. The budget was decreased from 9 million to 3 million Euros a month.
You could see it coming. Between January and April there were four incidents with ships that sunk. In April 2015 a ship perished with more than 800 boat refugees aboard. This happened outside the area where Triton was searching for the boats of the refugees. Only 28 refugees survived the shipwreck, one of them was the captain.

In April 2015 the European Union increased its budget by 300% and put more airplanes and water vessels at people’s disposal. The EU wants to punish the human smugglers even more severely. Therefore it suggests sharing the number of boat refugees (more equally) among the European member states.

Questions
8) Watch the You Tube film (again). Where do most boat refugees come from? Why are they going by boat?
9) The EU has increased its budget for Triton to what it was for the Mare Nostrum action, but there is one big difference. What is this difference?