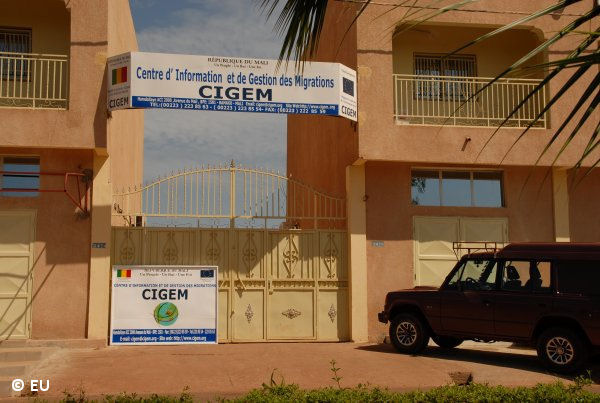 The European Union has opened a migration centre in Bamako, the capital of the West-African country Mali: the Centre d’Information et de Gestions de Migrations (CIGEM). Its personnel consists of forty Malinese people, but the salaries are paid by the EU. The goal of the centre is to make better arrangements for the migration to Europe. CIGEM also wants to make sure that jobs will be created in Mali, so that migrants do not have to travel to Europe for a better future. Those jobs are offered to illegal migrants who have been sent back in particular and to asylum seekers who have been sent back, so that they will not make another attempt to reach Europe.

Refugee organisations are not very positive about CIGEM. They are pointing out the fact that the centre’s main function is a discouraging one.
“To try to stop immigration to Europe is indeed one of our goals”, director Abdulaye Konate admits. But because CIGEM offers jobs at the same time, there is nothing wrong with that, according to him.

Question
5) Do you know why CIGEM is not so successful?