A refugee may be excluded from asylum if there are serious suspicions that a person in his or her country of origin has been guilty of a war crime or a crime against humanity.

If article 1F is executed well, surely nobody can be against that. We do not want any war criminals in the Netherlands, do we? 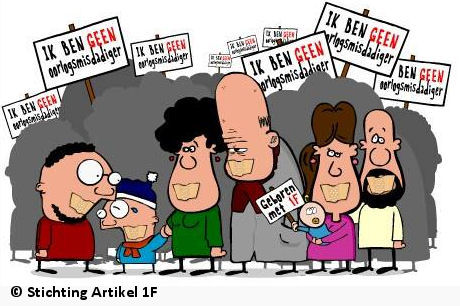 Even so, there are a lot of problems executing article 1F in the Netherlands, especially with a particular group of Afghans in the Netherlands. What is going on?
Between 1978 and 1992 Afghanistan had a communist government with two separate security services. In 2000 the Dutch government decided that all petty officers and officers of these security services had been guilty of crimes, in a secret situation report.

All Afghan refugees are collectively and automatically excluded from asylum if they have been (petty) officers for one of the secret services. In order to be acknowledged to apply for asylum, they have to prove their innocence. However, not one single Afghan has managed to prove their innocence, as reliable papers are no longer available and besides, nobody knows what is mentioned in the secret situation report.

There are a great many consequences for these Afghan refugees. In 2014 and 2015 there was a lot of criticism when the former police officer Amiri was deported. He had lived in the Netherlands for more than 18 years, together with his family. The entire family got the refugee status, but after four years father Amiri’s refugee status was withdrawn, based on the secret situation report of 2000. After a lot of hustle he was deported by force. See what his children say about this:


Please note: the film is in Dutch; click here for a transcription in English (until 02:04).

Questions
4) You can reason that article 1F from the Refugee Convention goes against the Universal Declaration of Human Rights. Explain why this is the case.
5) Do you think that the Dutch government should publish the secret situation report? Explain your answer.