Step 2: Out of Africa Theory

If we look back in time far enough, we all came from Africa! The current modern human beings are homo sapiens, the only kind of human that still exists. Homo sapiens originated in Africa about 200,000 years ago. Before and during their genesis, there were other types of people that have since gone extinct. The most well-known extinct type of person is the Neanderthal (homo neanderthalensis).

Homo sapiens used to live only in Africa. Neanderthals could be found in Europe, the Middle East, and Central Asia. About 120,000 years ago, people started migrating, and modern humans started spreading across the continents.

The origin and spread of homo sapiens from Africa is called the Out of Africa Theory. This theory is supported by all kinds of archaeological findings.

Homo sapiens drove out the Neanderthals and other kinds of people. They  no longer exist as a species, but Neanderthals are not gone completely. Not that you would run into a Neanderthal on the bus, but the different species did procreate together. Every modern human who was born in Europe, which might include you, has about 2 to 3% Neanderthal DNA. 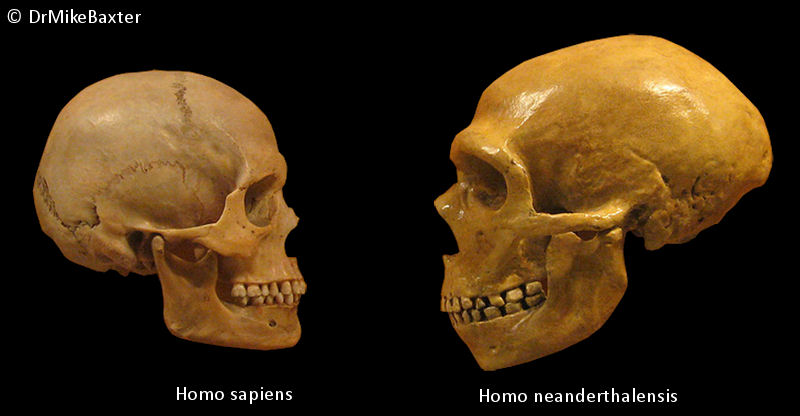 Questions
9) Look at the first streams of homo sapiens migration. Which was the first trip and what was the route?
10) Where was the last stream of migration around the genesis of modern man and how long ago was it?