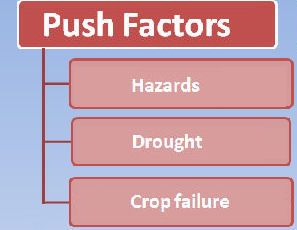 Migration after calamities is not just caused by war and oppression, but also part of natural disasters.

Natural disasters occur when a natural event has catastrophic consequences for every living thing. Earthquakes, volcanic eruptions, and floods can make it necessary to find a new, safer place to live.

Some natural disasters are not unique events, but are the effect of continuous natural processes. A well-known example is the growing desert in the Sahel. Farming is becoming increasingly difficult around the borders of the Sahel and farmers are moving away. Many farmers from Burkina Faso have already left and gone to the less dry Ivory Coast, a neighbouring country south of Burkina Faso.

The drought in the Sahel has also caused several failed harvests that led to famine. In 1984, the worst famine ever took place in Ethiopia and the Sahel. It did not rain for two years. Thanks to Canadian TV journalist Brian Steward and the BBC, the whole world could see how seven million Ethiopians were threatened by famine after a long dry period.

We saw scrawny children with big bellies and averted eyes. Desperate mothers with babies who reach for milkless breasts in vain, searching for kernels of grain that may have fallen from food aid bags on the dry plains. Almost a million people died. 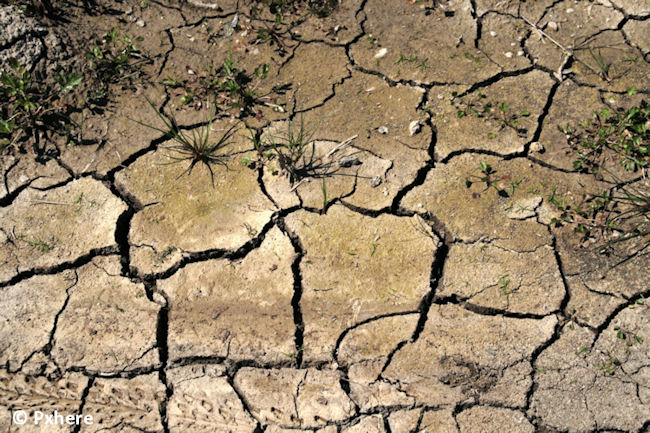