There are 68.5 million refugees worldwide who had to leave their homes to find safety elsewhere. Most of them stayed in their own countries, but a portion of them went abroad (see the lesson about refugees and internally displaced people). 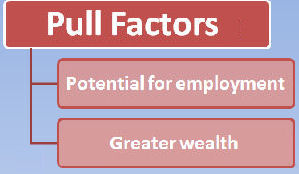 There are also people who did not flee for political reasons, but to find a higher standard of life. These people are not officially refugees, but (illegal) economic immigrants.

We call it illegal migration because they have no permission and are migrating without a visa and a work permit. Moving to Europe as a legal migrant is almost impossible for people outside the European Union. A migrant from outside the EU only gets a work visa if there is a job that cannot be filled by someone within the EU. An African car mechanic or cook does not stand a chance. If they want to work in Europe, they have no choice but to try to enter the region as an illegal immigrant.

The problem is that refugees and illegal immigrants are difficult to tell apart. You cannot tell by the faces of the people stuffed into an overcrowded, rusty boat on the Mediterranean Sea whether they are crossing the sea to find asylum or because they are economic migrants.

To keep out as many illegal migrants as possible, the European Union has made agreements with other countries, like Turkey and Libya.

Turkey deal
Many Syrian refugees have to go through Turkey to reach Europe. To keep refugees and migrants out of the EU, the EU made an agreement with Turkey.

The deal was that Turkey had to limit the number of boats with refugees and migrants crossing to the European mainland. In return, Turkey would get 3 billion euros from the EU, to spend on housing and supporting the millions of Syrian refugees in Turkey. It was also agreed that the Syrian refugees would be ‘redistributed’ over different countries in the EU. Migrants who did not have a right to protection in the EU had to be sent back to Turkey. 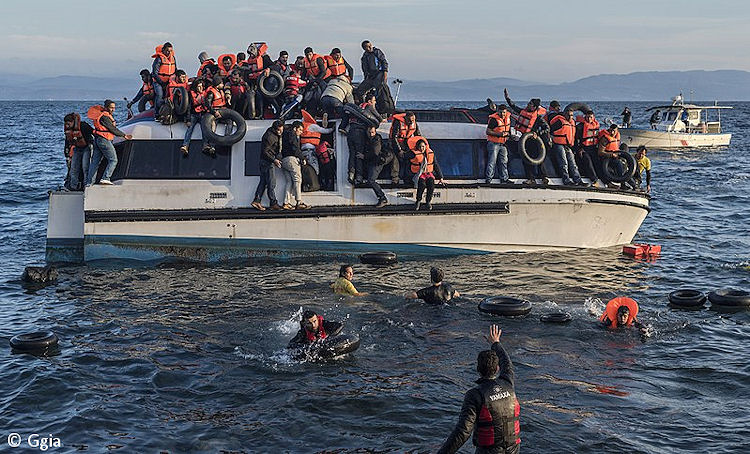 A boat with migrants from Iraq and Syria near the coast of the Greek island Lesbos. In the background, you can see the coast of Turkey.

It looked nice on paper, but it did not work out that way. Only 4% of the migrants who arrived in Greece were sent back. The plan to ‘redistribute’ migrants over Europe only worked out for 21% of the migrants. As a result, most migrants have been stuck on a Greek island, in a miserable situation.

Libya deal
The EU made a similar deal with Libya, though it is not known how much money Libya got for it. The Libyan coastguard on the Mediterranean has to stop and send as many boats with refugees and migrants as possible back to Libya. There they are given shelter in camps. Amnesty International has strongly condemned this deal.

Migrants from Chad on their way to Libya

Amnesty says: “Thousands of refugees and migrants run the risk of becoming a victim of torture and rape in Libyan prisons. Members of the coast guard do not do their work safely, causing panic in the people on the boats, making boats capsize, with all kinds of consequences. The coastguard has also fired weapons directly at migrants on boats.”

A UN report from 2017 reports that they were ‘directly involved in the sinking of migrant boats using firearms.’

Questions
10) What difference can you see between the Turkey deal and the Libya deal?
11) Which human rights is the EU violating with this deal, according to experts?