Income inequality between different countries may have gone down, but the gap is getting bigger between people within the same country.

A Dutch person may be able to buy a Big Mac more easily than a labourer in India, but a Dutch person on government welfare cannot afford nearly as many Big Macs as a Dutch manufacturer.

The eight richest people in the world own as much as the poorest half of the population. In the Netherlands, the richest 1-1.5% have about 40% of all the money. In 2016, 135,000 people received help from a food bank. 1.2 million people earn less than minimum wage. And equality within the Netherlands is not even that bad, from an international perspective.

Inequality within Vietnam is extreme. At the clothing factory in this photo, people work 12 hours a day, 6 days a week. They earn one dollar an hour. The 210 richest people in Vietnam put together earn enough money to relieve 3.2 million Vietnamese people from poverty and end extreme poverty in this country. 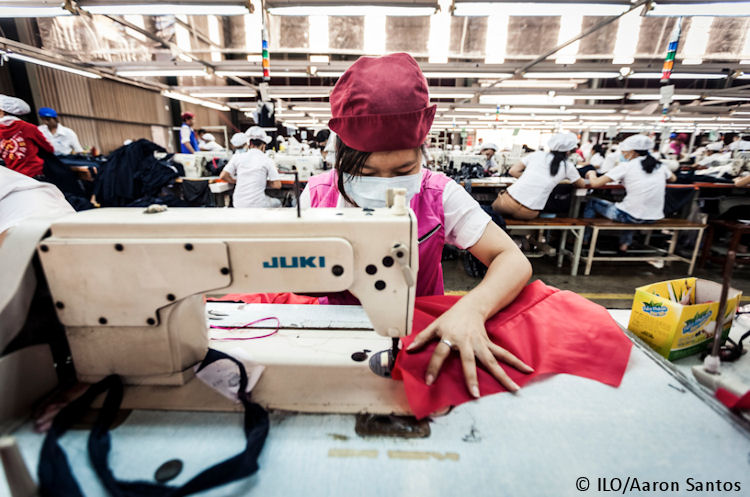 Some people say that ‘a little inequality is good for the economy’. It motivates people to study harder or take the risk of starting a business in an attempt to improve their situation. But growing inequality hampers economic growth. That is what the OECD has calculated. A case study done by OECD showed that economic growth in Mexico had reduced by 10% due to rising inequality.

This inequality gap could be reduced if rich multinationals did not send their money away to tax havens. Poor(er) countries miss out on at least 100 million euros of income tax every year, which is money they could have used to improve employment rates, education, and health care. This was reason enough for Oxfam Novib to start a worldwide campaign to promote a fairer tax system.
If the poor did not always remain poor, the need to emigrate would also decrease (push factor: poverty).

Question
2) What factor (not mentioned in the text) also contributes to the continued existence of the inequality gap?