The reasons why 262 million children (6-18 years) do not attend school often have to do with poverty and discrimination. Parents cannot afford the costs of school or need the income their child earns from work. If there is money for one or more children but not for all, parents tend to spend their little money on the boys' education. 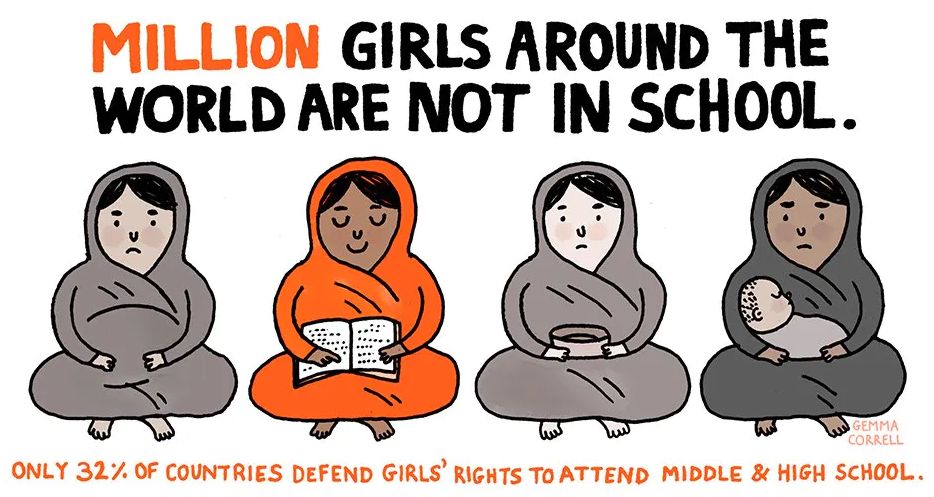 There are more reasons that affect girls in particular:

* Housekeeping tasks
Especially girls are kept at home to help in the household and to fetch water. Many girls who do go to school have a double job: household help in addition to school. Many girls cannot cope and drop out.

* The route to school
The school is often not nearby. The route there is full of dangers for girls and girls do not dare to go to school.

* No girls' toilets at school
Girls stay away from school especially during their periods if there is no separate room for them to wash and change. Pupils who regularly stay at home for this reason fall behind in school and eventually stay away altogether. 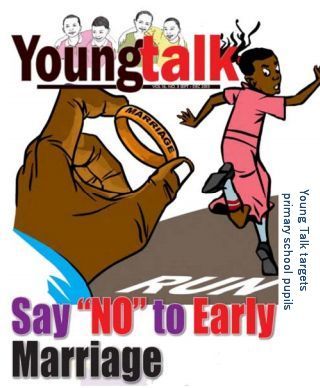 Being pregnant usually means the end of your school career. We take a look at the African country Uganda. The campaigns call on young people not to start a sexual relationship too early ('No early sex'). Despite these and other information campaigns and the many warnings at school, it can still happen that a girl becomes pregnant. A quarter of all girls between 15 and 19 are pregnant with their first child and teenage pregnancies are a big problem in Uganda. In part, this is because many girls do not finish school. The number of girls who leave school early and become pregnant is three times higher than the number of girls who did finish school.
Most girls who become pregnant are expelled from school. The fathers, on the other hand, are allowed to finish school…

* Child marriages
A child marriage is a marriage between a child and an adult or between two children. The children themselves do not choose to marry. We look again at the situation in Uganda. Many girls leave school to get married ('early marriage'). Child marriages are also prohibited in this country, but out of poverty some parents arrange a marriage for their daughter anyway.
Mariam Akiror, of the Uganda Child Rights NGO Network, speaks directly to the schoolgirls:
"Focus on education. An early marriage is usually not successful. Every child has dreams and you achieve them through education. If you are forced into marriage, tell your teacher, someone you trust or a police officer. Girls are not property. Child marriages often lead to premature death, poverty and disease.”

Girls are taken out of school because they have to marry at a young age. It also works the other way round, that girls who are not in school are more likely to be married off.

Question
3) Why is it that girls in education are less likely to be married off?