The former British Prime Minister Margaret Thatcher once said that poverty is a "defect of character" and your own fault. Some blame poverty in Africa on corrupt dictators or the desert climate. Others think that the people of Africa do not work hard enough.
Leonce Ndikumana and James Boyce draw very different conclusions in their book Africa's Odious Debts: How Foreign Loans and Capital Flight Bled a Continent. How do they come to these conclusions?

In the 1960s and 1970s, Western banks had a lot of money at their disposal. Interest rates were low and the dollar (in which most loans were made) was at a low ebb. The World Bank and the International Monetary Fund encouraged developing countries to take out loans to develop their countries.

That went well for a long time, until the end of the 1970s. Then the interest rate and the dollar rose. The repayments of the loans suddenly became much more expensive. In 1976, for instance, Brazil had taken out loans at an interest rate of 6.25%. In 1981 the country suddenly had to pay 21.5% interest on the same loans! The debt rose in five years from 40 billion to 80 billion dollars, without anything in return.
At the same time, falling commodity prices meant that the country received far less income. To be able to repay its loans, Brazil increased its export production, which led to food shortages in the country itself. 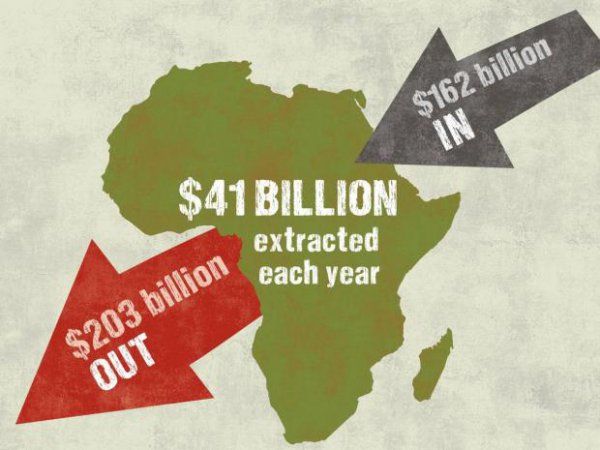 Questions
5) Which three factors are responsible for the debt of developing countries?
6) Summarise in your own words the central message of this lesson using the cartoon below: 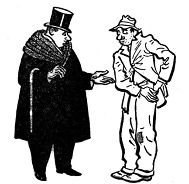