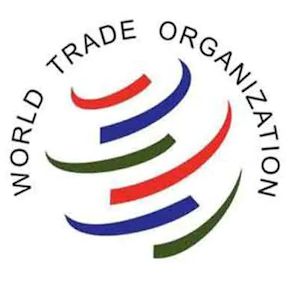 Almost all the countries of the world are members of the World Trade Organisation (WTO), the organisation that guarantees free international trade. Every farmer and every manufacturer, wherever they are in the world, has the opportunity to promote and sell their own products in fair competition. On paper, it all seems to be well and fairly regulated.

Unfortunately, the practice is different. We list some of the unfair practices.

1) The economies of non-industrialised countries are often based on cash crops (coffee, cocoa, tea, tobacco) and minerals (iron ore, bauxite, tin). In many developing countries, the economy is dependent on one crop or mineral (= monoculture) and dependent on the world price. If the harvest fails or the world price falls, the country is in trouble. Developing countries usually do not have financial buffers to cope with these fluctuations.

2) European farmers receive billions of euros in subsidies every year from the European Union, making their products cheaper than those of their African counterparts. Professor van Houtum of the Radboud University says in a newspaper article: "Abolishing European agricultural subsidies would do more for poor countries than any (development) aid."

The economist Dambisa Moyo estimates that because of trade barriers (mainly agricultural subsidies for European farmers) Africa misses out on 500 billion dollars in income annually.

3) Despite agreements on free trade, so-called trade wars regularly break out between countries. This is best explained by means of a concrete example. America finds that China exports far more products to America than vice versa. In order to equalise the difference between exports and imports, America imposes extra taxes which make Chinese products more expensive in America. China in turn raises the prices of products America exports. Prices rise on both sides and a trade war ensues. These levies are lifted or lowered again when the two superpowers make new agreements.

Many developing countries cannot compete with economic superpowers such as the USA, China and the EU and are forced to put up with unfair competitive practices.

4) The policy of multinationals often works to the disadvantage of developing countries. Every country would like to have a multinational within its borders because of the many jobs, but the choice of location is great. Developing countries often offer low wages and tax breaks to persuade such an international company to come to their country. If the low costs and tax advantages disappear, the company will move to another country where production is still cheap. For example, most Apple products (iMac, iPhone, iPad) are produced in China because production costs are cheaper there than in America, where the company started. Transport costs are so low nowadays that they are dwarfed by the higher labour costs elsewhere.

Question
4) Why are finished products more expensive than raw materials or minerals?