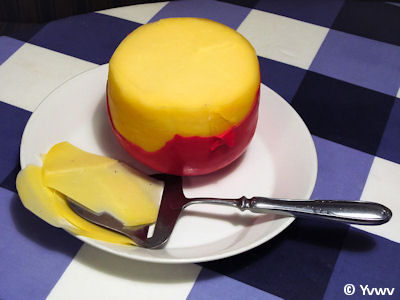 Some people think that globalisation comes at the expense of national identity and that this threatens the very existence of the nation state. What do they mean by this and are they right?

National identity is, of course, difficult to define. All kinds of things, properties and characteristics make the Dutchman a Dutchman, but properties and characteristics do not apply to all Dutchmen. We are not all the same. Nevertheless, there is a dominant culture to which most Dutch people feel related. The language, the colour orange during a football world cup, the bitterbal, edam cheese, Kings' Day, that sort of thing.
What applies to people in the Netherlands can also be said of people from Germany, France or other countries. They too have their national identity, i.e. their own national or dominant culture. That culture enables them to identify with their country, their nation state. For Germans it is Germany, for French it is France, and so on.

Question
8) Mention as many 'typical Dutch/English' habits as possible.

Globalisation means that people increasingly come into contact with languages, dishes, religions, standards, values and manners from other countries, for example because more and more labour migrants are immigrating. For some this is an enrichment, for others a threat to national identity.
What exactly constitutes national identity also becomes clear when criticism comes from abroad. Every year, there is a lot of fuss about our Sinterklaas celebration. Abroad, the phenomenon of 'Zwarte Piet' ('Black Piet') is seen as racist. Many Dutch people got the feeling that they are tampering with our traditions. In October 2013, a Facebook page with a 'Pietition' was even set up to collect as many likes as possible for the preservation of this (so-called) cultural heritage. 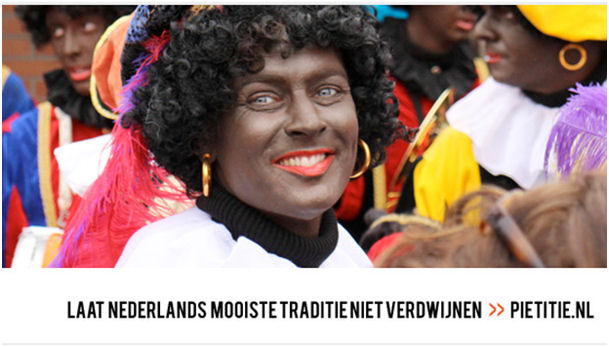 Watch this excerpt from the film "UN wants an end to Sinterklaas".


Please note: the film is in Dutch; click here for a transcription in English.

Questions
9) Why does Verene Shepherd of the United Nations want us to abolish St. Nicholas?
10) Since August 2020, Facebook bans images and movies with Zwarte Piet. Do you agree/disagree with this? Please indicate why.