After the Second World War, international trade became increasingly free. In order to regulate trade between countries and companies, 23 countries established the GATT, the General Agreement on Tariffs and Trade, in 1948.
The aim of the GATT was to limit import tariffs as much as possible and, where possible, to abolish them. More and more countries joined the GATT. The final negotiations led to a trade agreement in 1986. In order to better monitor the implementation of that agreement, a new organisation was established in 1995: the WTO, the World Trade Organisation 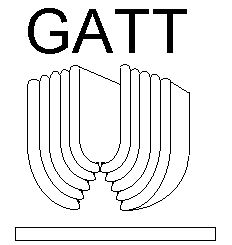 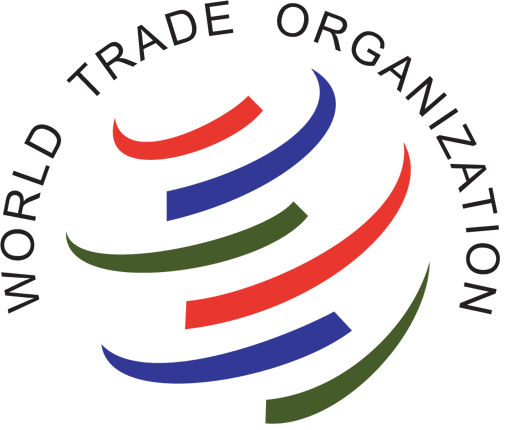 There are now 159 member countries of the WTO. The WTO represents more than 97% of all trade in the world. Agreements made by the WTO countries must be followed by all member countries. The WTO monitors this and can impose substantial fines on a country if it does not comply with the agreements. If a country thinks that another country is not keeping to the agreements, it can go to a dispute committee. We then speak of a trade dispute. One of the most important tasks of the WTO is to solve trade conflicts. 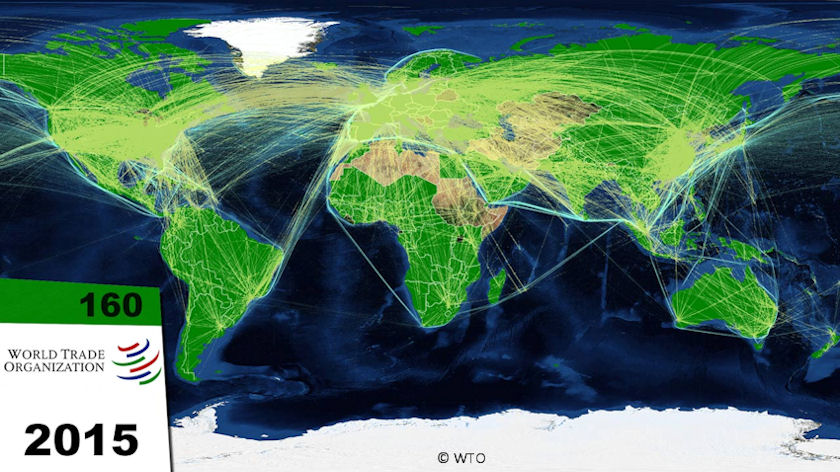