In ancient civilisations like Babylonia and Egypt, all genders still had the same rights. In ancient Greece, Spartan men and women were equal, while women in the rival city-state of Athens, women had few rights and were treated as housekeepers. In the Roman Empire, women were fully subservient to men. Fathers, brothers, and husbands made the rules.

During the Age of Enlightenment, scientists searched for knowledge, truth, happiness, and perfection. The Enlightenment was the time when people left the dark past of the Middle Ages behind them. It was said ‘the common people’ finally had a voice, but in reality this mostly referred to (rich, white) men. Women’s positions only got worse. Working class women did the jobs with the lowest status and pay. Women from higher circles spent their days in boredom or strictly regulated social activities.

The Enlightenment formed the roots for the French Revolution. The absolute power of the aristocracy and the church was replaced by liberté, egalité, fraternité, meaning liberty, equality, and fraternity. These principles were put on paper in the Declaration of the Rights of Man and of the Citizen in 1789. 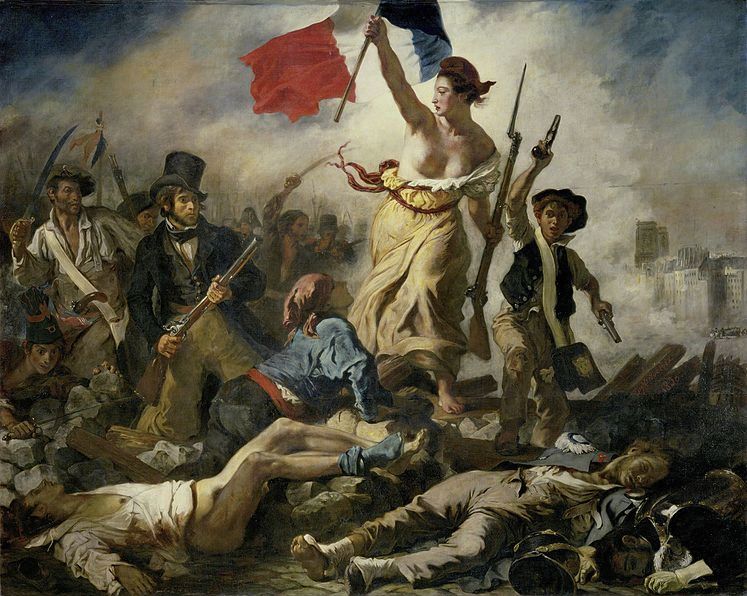 The French Revolution – painted by Eugène Delacroix in 1930. Became part of the collection of the Louvre in Paris in 1874.

Since the declaration only mentioned the rights of men, not women, author and political activist Olympe de Gouges published the Declaration of the Rights of Woman and the Female Citizen in 1791. In this document, she demanded human rights for female French citizens.

Her declaration was the first example in human history of women’s rights being put on paper. More declarations and treaties would follow.

In this lesson, we will take a look at the declarations from 1789 and 1791, see what the Universal Declaration of Human Rights (1948) says about women, and take a closer look at the Convention on the Elimination of All Forms of Discrimination Against Women from 1979. You will also find out what the Netherlands is doing with Resolution 1325, titled ‘Women, Peace, and Security’, as adopted by the United Nations in 2000.