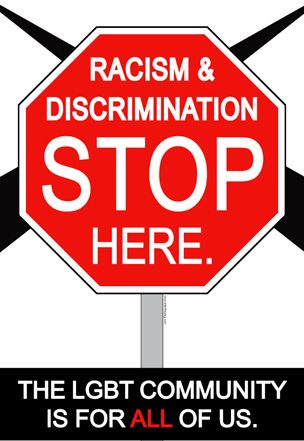 In 72 countries, it is illegal for people to be in a romantic relationship with someone of the same gender. It is difficult for LGBT+ people to get a job, a house, or proper healthcare. They can be arrested and they are at a higher risk of torture and rape in jail.

Indonesia
On May 17th 2017, the International Day Against Homophobia and Transphobia, a gay couple was arrested and given 85 lashes. The men were whipped in public. There was a big crowd taking pictures and videos.

Chechnya
In this Russian republic, the government started a witch hunt for gay men. Over a hundred men have been locked up and tortured in secret prisons. Dozens of men have been blackmailed by the police or by their own families. Ramzan Jadyrov, the leader of the country, says this is not true. He says there is simply no homosexuality in his republic.

Question
3) Discrimination is against the law in the Netherlands, but it is not one of the countries that clearly put LGBT+ rights in the constitution. Do you think this should be changed? If yes, write what text you would add to the constitution. If no, explain why not.