It is not known exactly how many people in the world are straight and how many are not. We do have some statistics for the Netherlands, thanks to research done by Movisie, The Dutch Central Statistical Office, and Rutgers.

When asked, roughly 90% of respondents said they were heterosexual and 10% had a different sexual orientation.

Besides heterosexuality, there are a lot of other orientations. These sexual and romantic orientations are grouped together with some other sex and gender-based identities under the umbrella of LGBTQIA.

Some of these are identities that most people know about, but others may need more explanation than just one sentence. 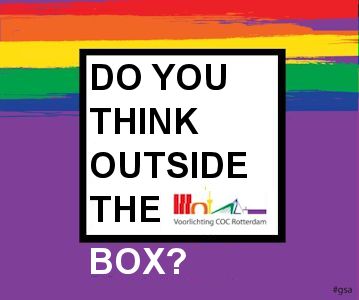 Many trans people want sex reassignment surgery. Trans people often feel much more like themselves once their bodies look like what is socially associated with their gender.

Intersex people are often raised as either men or women, which can sometimes be difficult for them later in life. Until recently, parents had to put either “girl” or “boy” on their babies’ birth certificates and passports would always say F or M. These days, intersex people can get an X on their passport (as explained in step 1 of the first lesson).

LGBTQIA groups a lot of identities together, but there are more. These are often added with a +. Besides LGBTQIA, you may also see LGBT+.

Question
1) What kinds of problems do you think intersex people might face?
2) What makes the Q different from the others?