We start this step immediately with a video:

Questions
5) Why do you think there are typical men’s professions and women’s professions?
6) Listed below are 20 jobs that are generally seen as either typically masculine or typically feminine. Fill in which jobs you think are thought of as men’s work and which are seen as women’s work. Also think of one other example of a gendered job: 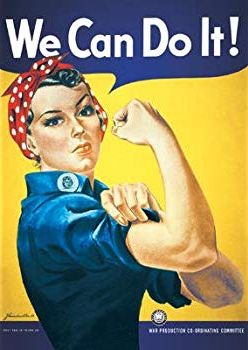 1) Rosie the Riveter
During World War 2, there was a pressing need for factory workers to produce things that could help defeat Nazi Germany. Since more and more men were being called in for military duty, there was a great shortage of employees in factories. This gap was filled by women, who were now doing jobs that were typically done by men before.

England had Munitionettes: women who made ammunition in munitions factories. Canada had Bren Gun Girls: women who made machine guns. But the most famous symbol of this era was Rosie the Riveter from the United States. A rivet is a pin that holds two sheets of metal together. The riveters used these rivets to assemble bombers. Rosie the riveter’s fame spread thanks to a song and a poster featuring a riveter and the slogan “We can do it!”. After the war, this poster became an iconic symbol for feminism and the strength of women.

One of these construction workers is thirty-year-old Kamlesh. She and her husband were recruited to work on a construction site in Delhi. At first, she was happy to leave, because she lived in a village with a high risk of draught and crop failure, but she quickly saw that her new life was not better. She tells her story: “I didn’t know how low my wages would be, what our house would look like, that I would rarely get to see my children. The men always complain that us women are weak and we don’t work hard enough, but they’re wrong. We work just as hard.”

The construction workers build and renovate public buildings as well as private projects. They are recruited by contractors who come to their villages to offer them jobs. The contractors are responsible for housing and transportation. They are also the ones who decide on wages and working conditions. 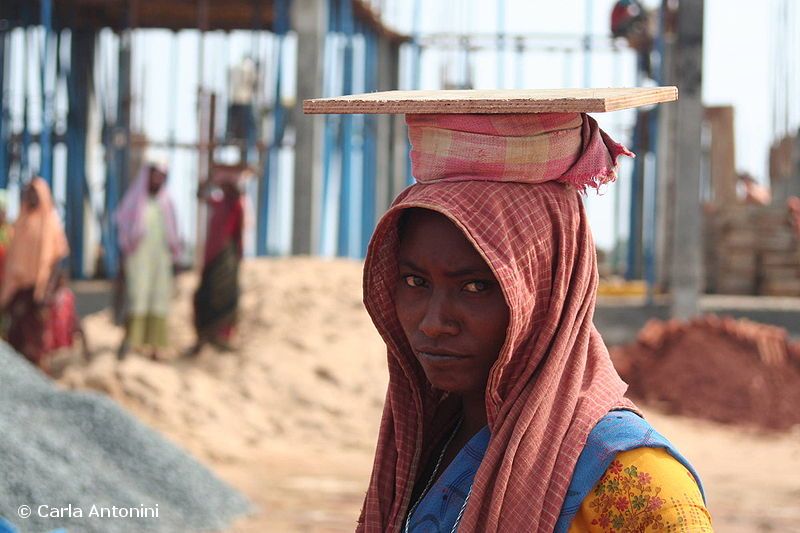 Questions
7) The poster of Rosie the riveter was made for an American government campaign. For what purpose did the government add the slogan?
8) Can you think of a reason who so many women are hired for construction work in India?