Trees: evergreens
George Sperber was a forester in Germany for 50 years. He is worried about the effects of climate change on the forest.

Translation of the title: Climate witness / George Sperber - Germany
Please note: the film is in Dutch; click here for a transcription in English.

According to Gerber, climate change mostly affects fir trees in Europe. Increasing temperatures create ideal circumstances for oak processionary caterpillars. The caterpillars eat so much they strip the trees, which means the trees could die.

Another small creature in America and Canada that is very happy about global warming is the bark beetle and one of its subspecies, the mountain pine beetle. This insect survives more easily in the warmer winters and longer summers, which gives it more opportunities to infect the trees it eats with a fungus. Within a few weeks after the infection, the tree has died completely. Due to the death of so many trees, the temperature has gone up by 1°C/1.8°F in these affected areas. With fewer trees, the forest cannot circulate as much water through the air, which causes temperatures to rise.

That increased temperature makes it easier for the bark beetle to increase its numbers again. This means the little insect is responsible for a radical change in the entire climate system of America and Canada.

Question
1) The appetite of the bark beetle affects the environment in a vicious cycle. Explain how this cycle works. 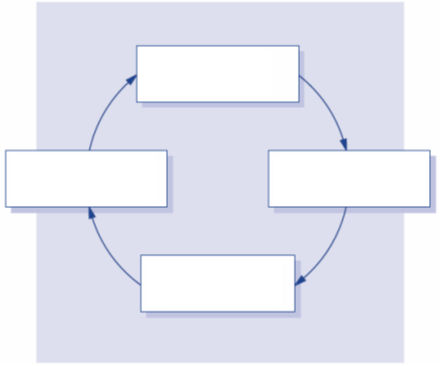 Coral: symbiosis of plant and animal
Coral is technically not a plant. It is part of the animal kingdom. The animal in question is very small. Coral is actually a collection of little animals stuck together that form big colonies together. These bits of coral live with algae that make their home in the skin of the animal. You cannot see them, but when enough algae are together, they create a colour. They make the coral green, purple, or brown. You are not seeing the colour of the coral, but of the algae.

The relationship between algae and animal is very fragile. This is explained in this SchoolTV video:

Translation of the title: Climate hunters in the classroom / The disappearance of coral in Oceania
Please note: the film is in Dutch; click here for a transcription in English.

Question
2) The coral in the Great Barrier Reef strongly depends on a balanced environment. Rising temperatures in the sea water are causing the coral to become unbalanced. At the same time, the increased temperature of the sea water has another effect. What is it?